My last contest for my last release for a while! Don't worry, I'll have more at some point, :) 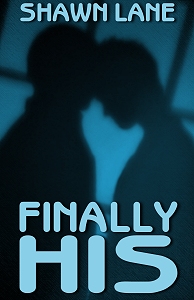 Jay Anderson lives next door to the ruggedly handsome man of his dreams, detective Drake Hanover. He wishes their friendship could turn into more, but there's a problem -- Drake's ex-boyfriend, who has a habit of calling Drake after his breakups. After Drake once again caters to the whims of his ex, Jay about gives up hope Drake will ever see him as anything but the sweet, young twink next door.

Drake notices the sexy Jay - who wouldn't? - but the decade age difference between them and his needy ex keep him from thinking he could ever be more than Jay’s friend.

When his ex’s behavior gets to be too much even for Drake and the selfish man manages to hurt Jay, Drake realizes his feelings for Jay go far beyond friendship. Now if he could just convince Jay before Jay becomes his ex-neighbor...