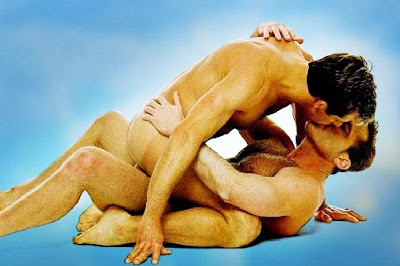 I’ve basically come full circle on this. In the beginning, when I was writing romances of the non-erotic kind I dreaded writing the sex part. Though even non-erotic books have become more explicit these days back when I was concentrating on them you still had to use words like manhood.

Writing sex back then was a struggle for me because I didn’t want it to sound like insert tab a into tab b and as someone who struggles with description in her writing most of all (characterization and dialogue are more my forte), having to do entire scenes describing sex was no fun. I did it and most of them came out all right, but still I would heave a sigh of relief when the scene was done.

Then, I had the great fortune of meeting Ava March. I don’t think either of us had a clue when we were first introduced how well we would work together and how good of friends we would actually become (we email each other several times almost every day).

Several books after the sex got easier and less burdensome. But then along about the summer of 2009 I regressed back to those initial days and it has become something I dread.

Another for me is, like the point of view characters in my scene, I want to make the sex the best it has ever been for my hero. Both physically and emotionally satisfying beyond belief. This is IT for these couples. While in reality I know real couples break up sometimes and move on to other lovers, these guys will always be together and so their reward MUST be mind-blowing sex. Can you imagine the pressure? Lol.

I am only going to mention one other reason and I am going to mention it only very, very briefly. I allowed a comment made by someone to bother me so much that it haunts the scene every single time I write it. My dear Shayne knows what I speak of.

Obviously in spite of these mostly self-made obstacles, I still manage to get past the scene. I hope some day soon I won’t dread them as much as I do now, because I love it when a reader enjoys reading about the love between my men. It makes all the struggle well worth it.
Posted by Shawn Lane at 2:20 PM